Stock Photos
The cream-colored courser (Cursorius cursor) is a wader in the pratincole and courser family, Glareolidae.

These birds have long legs and long wings. They have slightly downcurved bills. The body plumage is sandy in colour, fading to whitish on the lower belly. The upperwing primary feathers and the underwings are black. The crown and nape are grey, and there is a black eyestripe and white supercilium.

In flight, this species resembles a pratincole with its relaxed wingbeats, pointed wings and dark underwings. 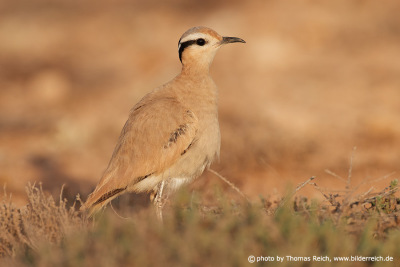 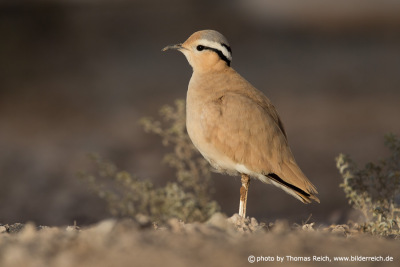 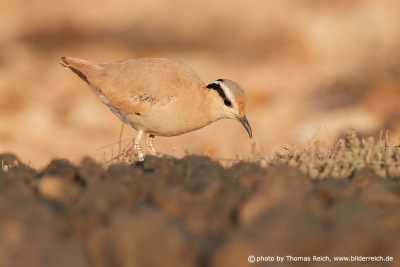 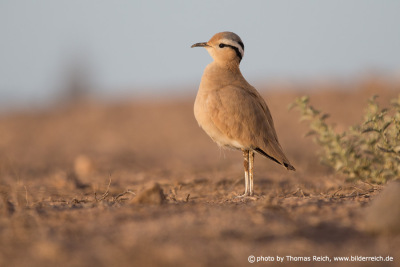 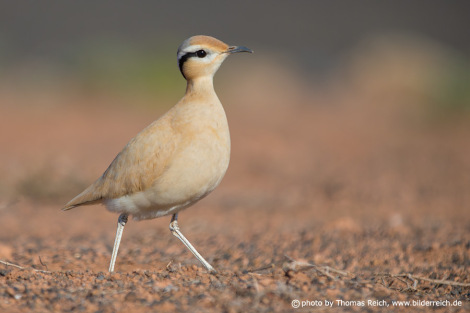 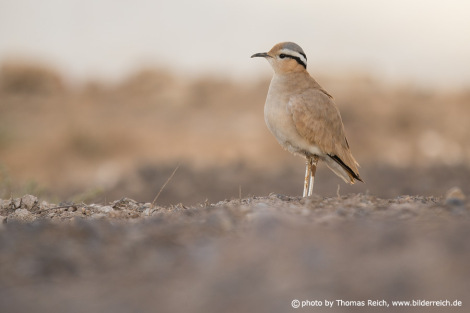 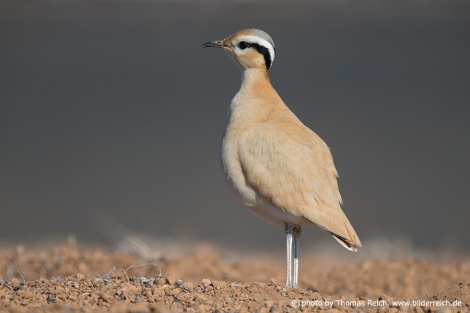 These coursers are found in Canary Islands, Cape Verde, North Africa and Southwest Asia.
They are partially migratory, with northern and northwestern birds wintering in India, Arabia and across the southern edge of the Sahara. Some birds also breed in the southern desert regions in northwestern India and Pakistan.

They are rare north of the breeding range, but this species has occurred as far away as Finland, Ireland and Great Britain.

Both parts of the scientific name derive from Latin cursor, "runner", from currere, "to run" which describes their usual habit as they hunt their insect prey on the ground in dry open semi-desert regions of Western Asia and northern Africa.

Their two eggs are laid in a ground scrape. The breeding season extends from February to September, but they may breed also in autumn and winter when local conditions (especially rainfall) are favourable.

This text is based on the article Cream colored courser from the free encyclopedia Wikipedia and is licensed under the Creative Commons CC-BY-SA 3.0 Unported (short version). A list of the authors is available on Wikipedia.