Stock Photos
The spotted redshank (Tringa erythropus) is a wader (shorebird) in the large bird family Scolopacidae. The genus name Tringa is the New Latin name given to the green sandpiper by Aldrovandus in 1599 based on Ancient Greek trungas, a thrush-sized, white-rumped, tail-bobbing wading bird mentioned by Aristotle. The specific erythropus is from Ancient Greek eruthros, "red", and pous, "foot".

It breeds across northern Scandinavia and the northern Palearctic and migrates south to the Mediterranean, the southern British Isles, France, tropical Africa, and tropical Asia for the winter. It is an occasional vagrant to Australia and North America.

This is a large wader (shorebird), measuring 29–31 cm (11–12 in) long, with a wingspan of 61–67 cm (24–26 in) and a weight ranging from 121 to 205 g (4.3 to 7.2 oz). It is black in breeding plumage, and very pale in winter. It has a red legs and bill, and shows a white oval on the back in flight. Juveniles are grey-brown finely speckled white above, and have pale, finely barred underparts. Adults moult completely between July and October. In spring, the body plumage is moulted between March and May. Juveniles have a partial moult between August and February.

The call is a creaking whistle teu-it (somewhat similar to the call of a roseate tern), the alarm call a kyip-kyip-kyip. 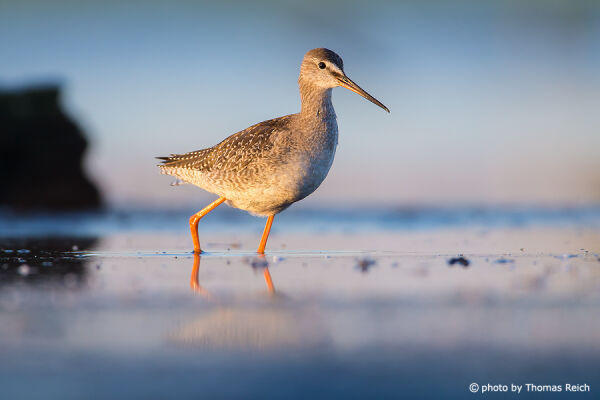 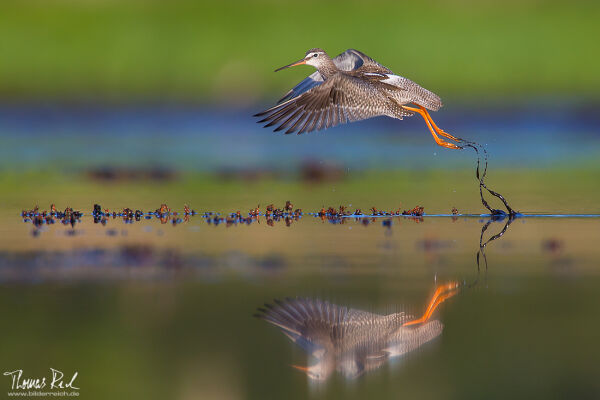 The spotted redshank breeds in the Arctic across much of the Palearctic, from Lapland in the west to Chukotskaya in the east. 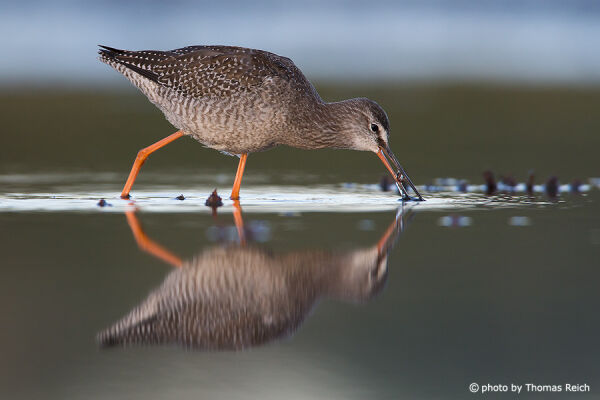 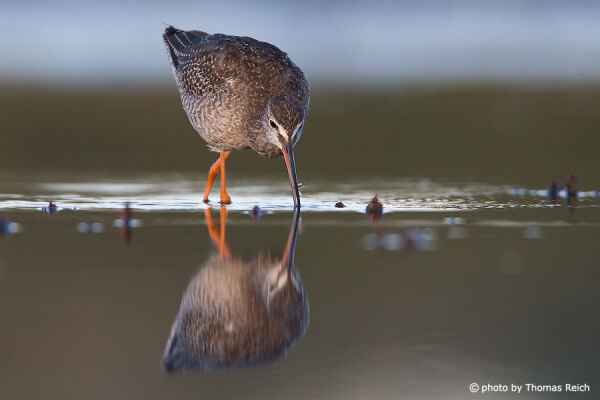 It nests on open boggy taiga, laying four eggs in a ground scrape. For breeding the bird moults to a black to dark grey with white spots. During breeding plumage the legs also turn a dark grey.

This text is based on the article Spotted redshank from the free encyclopedia Wikipedia and is licensed under the Creative Commons CC-BY-SA 3.0 Unported (short version). A list of the authors is available on Wikipedia.