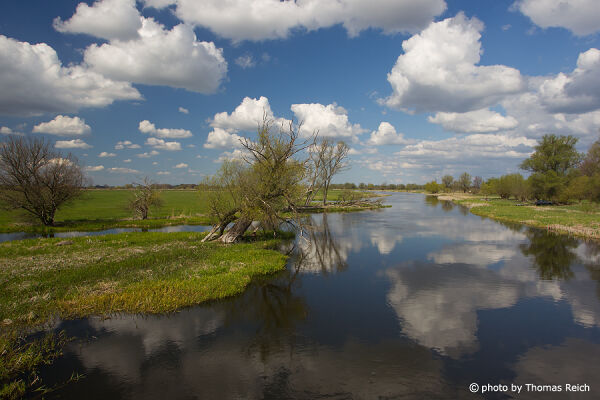 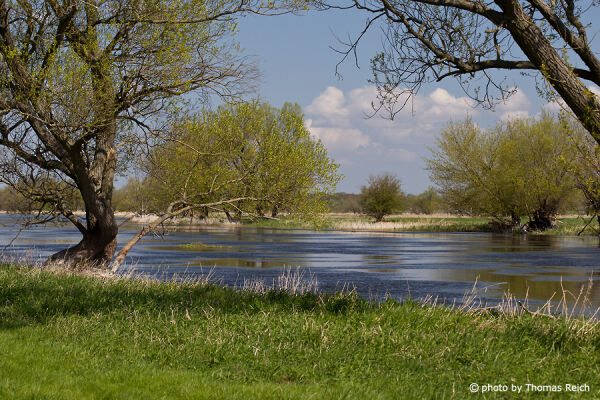 The Tourist Association of Havelland has chosen a rather different boundary. It covers the county of Havelland, the town of Brandenburg an der Havel and the northern part of the county of Potsdam-Mittelmark, including communities south of the Havel river, that belong to the region of Zauche.

The writer Theodor Fontane described the Havelland as well as the other landscapes of Brandenburg. In the ballad Herr von Ribbeck auf Ribbeck im Havelland he helped to give this region special prominence and his novel character Effi Briest grew up here. The Havelland was also given its own volume of Fontane's accounts of hiking across Brandenburg, the Wanderungen durch die Mark Brandenburg.
Wide urstromtal lowlands characterize the countryside of the Havelland. Plateaux rise above the general level of the land like islands, mostly formed from Ice Age ground moraines. But end moraines from the Saale and Weichsel glaciations also occur. The former were overlain to a greater or lesser extent by the advancing Weichselian ice sheet.

The sandy, dry plateaux support arable farming as well as woodlands. The largest is the Nauen Plateau (Nauener Platte). North of it there are several morainic plateaux or Ländchen. West of the bend in the Havel river is Land Schollene.

The western part of the region between Rhinow and Pritzerbe belongs to the West Havelland Nature Park. This contains the largest inland wetlands in Western Europe, the Lower Havel Lowlands.

This text is based on the article Havelland from the free encyclopedia Wikipedia and is licensed under the Creative Commons CC-BY-SA 3.0 Unported (short version). A list of the authors is available on Wikipedia.