Stock Photos
The Iberian grey shrike (Lanius meridionalis) is a member of the shrike family. The plumage is generally similar to great grey shrike apart from the differences noted below. It is closely related to the great grey shrike, Lanius excubitor, which it was previously considered conspecific; where they co-occur, they do not interbreed and are separated by choice of habitat. 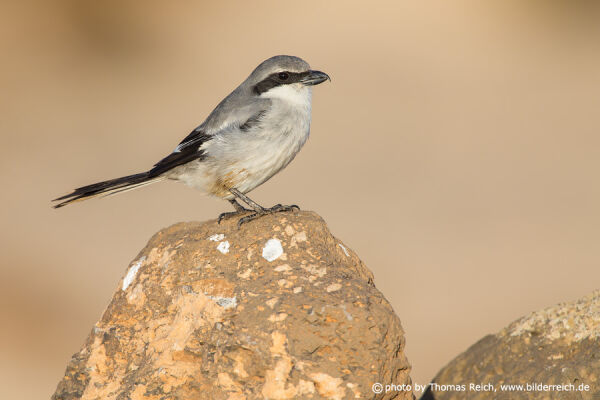 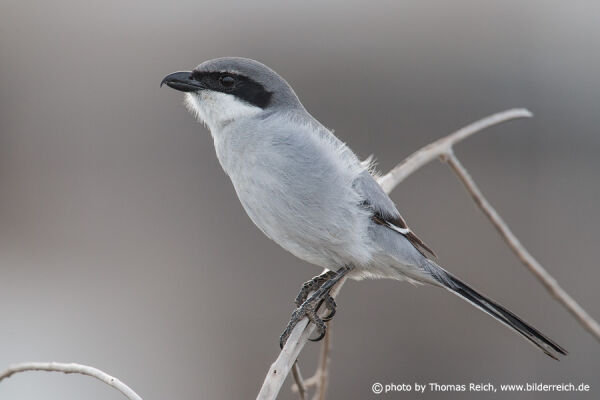 The common English name "shrike" is from Old English scríc, "shriek", referring to the shrill call.

It is resident in southern Europe. It is slightly smaller and darker than the great grey shrike, and prefers dry open country.

This medium-sized passerine bird eats large insects, small birds and rodents. Like other shrikes it hunts from prominent perches, and impales corpses on thorns or barbed wire as a "larder".

This text is based on the article Iberian grey shrike from the free encyclopedia Wikipedia and is licensed under the Creative Commons CC-BY-SA 3.0 Unported (short version). A list of the authors is available on Wikipedia.