Stock Photos
The Algarve is the southernmost region of continental Portugal. It has an area of 4,997 km2 (1,929 sq mi) with 451,006 permanent inhabitants, and incorporates 16 municipalities.

The region has its administrative centre in the city of Faro, where both the region's international airport (IATA: FAO) and public university, the University of Algarve, are located. The region coincides with Faro District. Tourism and related activities are extensive and make up the bulk of the Algarve's summer economy. Production of food, which includes fish and other seafood, different types of fruit such as oranges, figs, plums, carob beans, and almonds, are also economically important in the region. 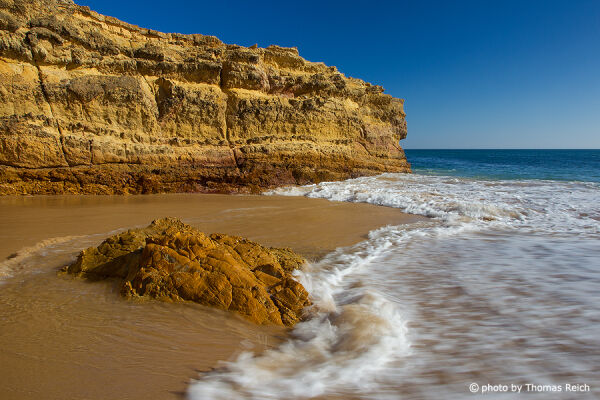 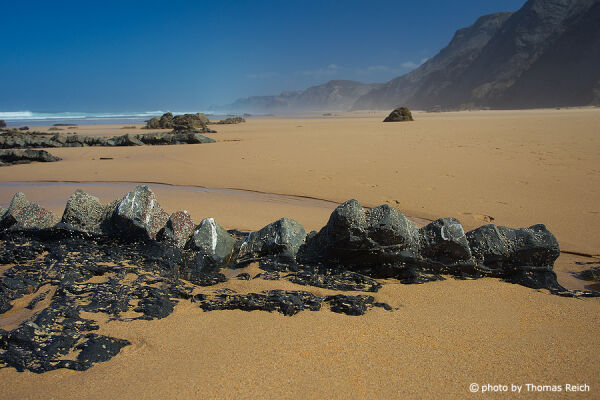 Although Lisbon surpasses the Algarve in terms of tourism revenue, the Algarve is still, overall, considered to be the biggest and most important Portuguese tourist region, having received an estimated total of 7.1 million tourists in 2017. Its population triples in the peak holiday season due to seasonal residents. Due to the high standards of quality of life, mainly regarding safety and access to public health services, as well as due to cultural factors and considerably good weather conditions, the Algarve is becoming increasingly sought after, mostly by central and northern Europeans, as a permanent place to settle. A 2016 American-based study concluded that the Algarve was the world's best place to retire.

The Algarve is one of the most developed regions of Portugal and, with a GDP per capita at 83% of the European Union average, it has the second highest purchasing power in the country, standing only behind Lisbon.

This text is based on the article Algarve from the free encyclopedia Wikipedia and is licensed under the Creative Commons CC-BY-SA 3.0 Unported (short version). A list of the authors is available on Wikipedia.