Stock Photos
The Eurasian beaver (Castor fiber) or European beaver is a beaver species that was once widespread in Eurasia, but was hunted to near-extinction for both its fur and castoreum. At the turn of the 20th century, only about 1,200 beavers survived in eight relict populations in Europe and Asia. It has been reintroduced to much of its former range, and now occurs from Spain, Central Europe, Great Britain and Scandinavia to a few regions in China and Mongolia. It is listed as least concern on the IUCN Red List, as it recovered well in most of Europe. It is extinct in Portugal, Moldova, and Turkey.

The Eurasian beaver's fur colour varies between regions. Light, chestnut-rust is the dominant colour in Belarus. In Russia's Sozh River basin, it is predominantly blackish brown, while in the Voronezh Reserve beavers are both brown and blackish-brown. 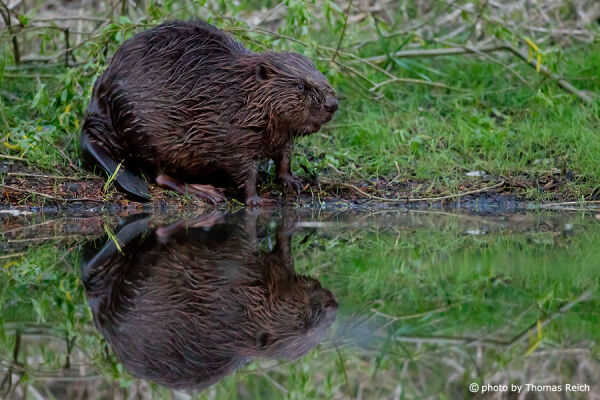 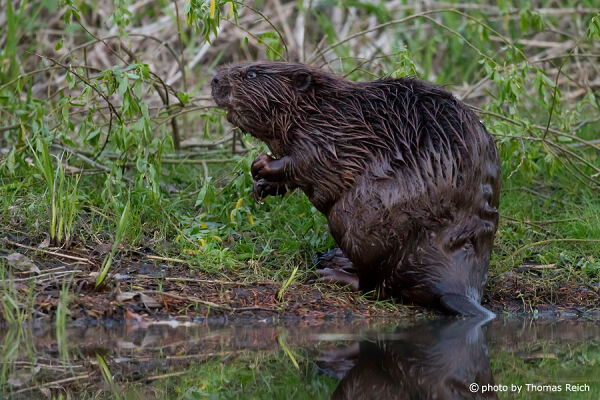 The Eurasian beaver is recovering from near extinction, after depredation by humans for its fur and for castoreum, a secretion of its scent gland believed to have medicinal properties. The estimated population was only 1,200 by the early 20th century. In many European nations, the Eurasian beaver became extinct, but reintroduction and protection programmes led to gradual recovery so that by 2003, the population comprised about 639,000 individuals. It likely survived east of the Ural Mountains from a 19th-century population as low as 300 animals. Factors contributing to their survival include their ability to maintain sufficient genetic diversity to recover from a population as low as three individuals, and that beavers are monogamous and select mates that are genetically different from themselves. About 83% of Eurasian beavers live in the former Soviet Union due to reintroductions.

European beavers are herbivorous, eating "water and river bank plants", including tubers, "rootstocks of myrtles, cattails, water lilies", and also trees, including softwood tree bark. Their long appendices and the microorganisms within make possible the digestion of bark cellulose. Their daily food intake is approximately 20% of their body weight.

Eurasian beavers have one litter per year, coming into estrus for only 12 to 24 hours, between late December and May, but peaking in January. Unlike most other rodents, beaver pairs are monogamous, staying together for multiple breeding seasons. Gestation averages 107 days and they average three kits per litter with a range of two to six kits. Most beavers do not reproduce until they are three years of age, but about 20% of two-year-old females reproduce. 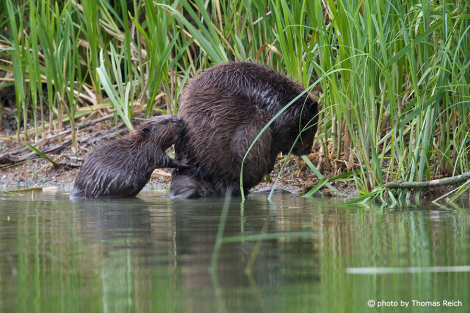 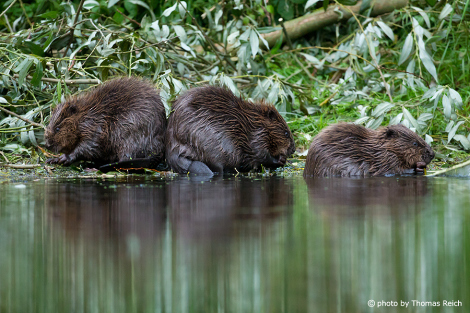 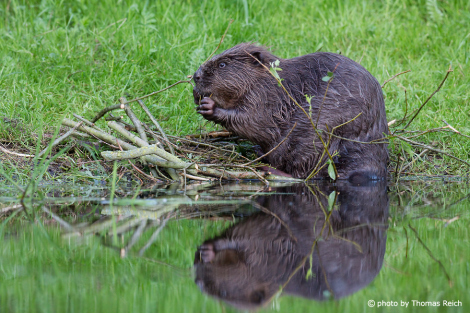 This text is based on the article Eurasian beaver from the free encyclopedia Wikipedia and is licensed under the Creative Commons CC-BY-SA 3.0 Unported (short version). A list of the authors is available on Wikipedia.