Stock Photos
The Turks and Caicos Islands are a British Overseas Territory consisting of the larger Caicos Islands and smaller Turks Islands, two groups of tropical islands in the Lucayan Archipelago of the Atlantic Ocean and northern West Indies. They are known primarily for tourism and as an offshore financial centre. The resident population was 31,458 as of 2012 of whom 23,769 live on Providenciales in the Caicos Islands; July 2020 estimates put the population at 55,926. It is the third largest of the British overseas territories by population. 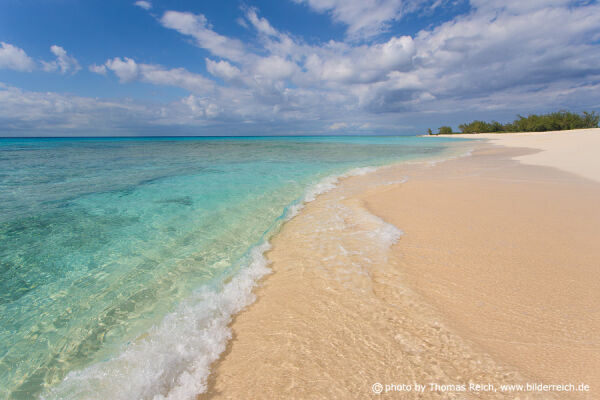 The Turks and Caicos Islands lie southeast of Mayaguana in The Bahamas island chain, northeast of Cuba, and north of the island of Hispaniola (Haiti and the Dominican Republic). Cockburn Town, the capital since 1766, is situated on Grand Turk Island about 1,042 kilometres (647 mi) east-southeast of Miami, United States. The islands have a total land area of 430 square kilometres (170 sq mi).

The Turks and Caicos Islands were inhabited for centuries by native Amerindian peoples. The first recorded European sighting of the islands occurred in 1512. In the subsequent centuries, the islands were claimed by several European powers, with the British Empire eventually gaining control. For many years the islands were governed indirectly through Bermuda, the Bahamas, and Jamaica. When the Bahamas gained independence in 1973, the islands received their own governor, and have remained a separate autonomous British Overseas Territory since.
The two island groups are in the North Atlantic Ocean, southeast of the Bahamas, northeast of Cuba, about 160 kilometres (99 mi) north of Hispaniola, and about 1,000 kilometres (620 mi) from Miami in the United States, at 21°46′48″N 71°48′00″WCoordinates: 21°46′48″N 71°48′00″W. The territory is geographically contiguous to the Bahamas, both comprising the Lucayan Archipelago, but is politically a separate entity. The Caicos Islands are separated by the Caicos Passage from the closest Bahamian islands, Mayaguana and Great Inagua. The nearest foreign landmass from the Turks and Caicos Islands is the Bahamian island of Little Inagua, about 30 miles from West Caicos.

The eight main islands and more than 22 smaller islands have a total land area of 616.3 square kilometres (238.0 square miles), consisting primarily of low, flat limestone with extensive marshes and mangrove swamps and 332 square kilometres (128 sq mi) of beach front. The tallest peaks in the islands are Blue Hills on Providenciales and Flamingo Hill on East Caicos, both at a modest 48m. The weather is usually sunny (it is generally regarded that the islands receive 350 days of sun each year) and relatively dry, but suffers frequent hurricanes. The islands have limited natural fresh water resources; private cisterns collect rainwater for drinking. The primary natural resources are spiny lobster, conch, and other shellfish.Turks and Caicos contains three terrestrial ecoregions: Bahamian dry forests, Bahamian pine mosaic, and Bahamian mangroves.

The two distinct island groups are separated by the Turks Island Passage.

This text is based on the article Turks and Caicos Islands from the free encyclopedia Wikipedia and is licensed under the Creative Commons CC-BY-SA 3.0 Unported (short version). A list of the authors is available on Wikipedia.