Stock Photos
The houbara bustard (Chlamydotis undulata), also known as African houbara, is a large bustard native to North Africa and southwestern Asia, where it lives in arid habitats. The global population is listed as Vulnerable on the IUCN Red List since 2014. The European population is restricted to the Canary Islands and has been assessed as Near Threatened in 2015.

It is dull brown with black markings on the wings, a greyish neck and a black ruff along the side of the neck. Males are larger and heavier than females.

The houbara bustard formerly included MacQueen's bustard, which is native to Asia. 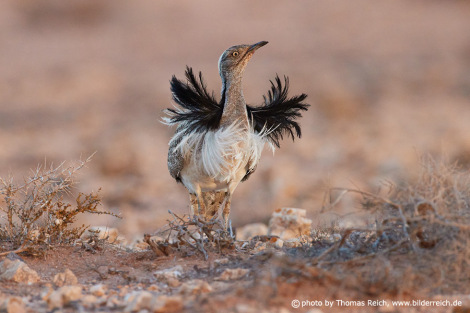 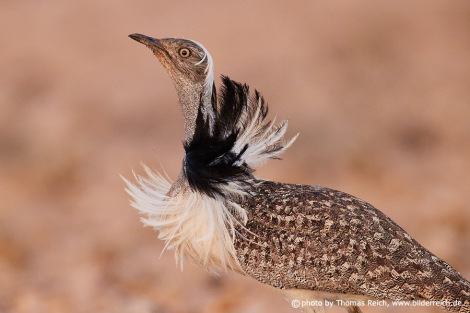 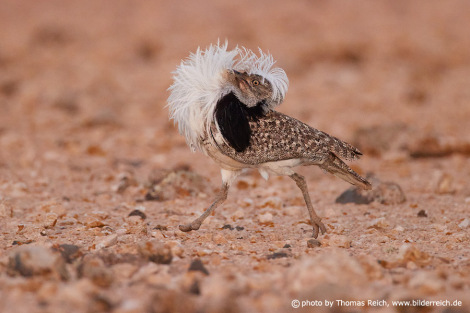 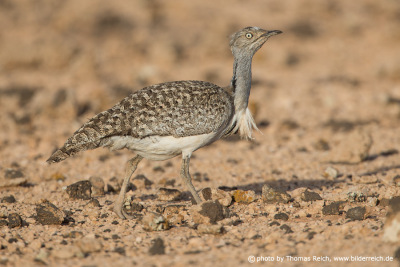 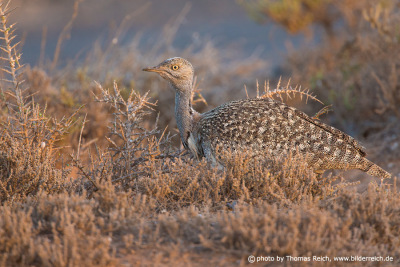 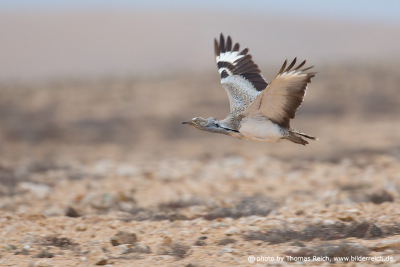 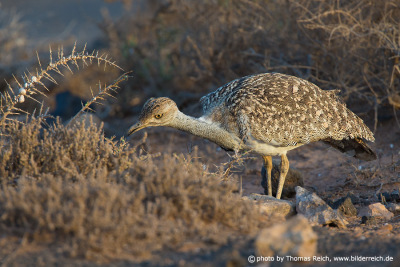 The houbara bustard is found in North Africa west of the Nile, mainly in the western part of the Sahara desert region in Mauritania, Morocco, Algeria, Tunisia, Libya and Egypt. Some old records exist from Sudan as well. A small population is found in the Canary Islands. The Asian houbara or MacQueen's bustard which was earlier included in this species occurs east of the Sinai Peninsula. The North African species is sedentary unlike the migratory northern populations of MacQueen's bustards.

The subspecies fuertaventurae of the Canary Islands is highly restricted and endangered. A 1997 survey found a total population of about 500 birds.

This species is omnivorous, taking seeds, insects and other small creatures.

Like other bustards, this species has a flamboyant display raising the white feathers of the head and neck and withdrawing the head. Two to four eggs are laid on the ground. It hardly ever uses its voice.

This text is based on the article Houbara bustard from the free encyclopedia Wikipedia and is licensed under the Creative Commons CC-BY-SA 3.0 Unported (short version). A list of the authors is available on Wikipedia.