Stock Photos
In botany, a tree is a perennial plant with an elongated stem, or trunk, supporting branches and leaves in most species. In some usages, the definition of a tree may be narrower, including only woody plants with secondary growth, plants that are usable as lumber or plants above a specified height. In wider definitions, the taller palms, tree ferns, bananas, and bamboos are also trees. Trees are not a taxonomic group but include a variety of plant species that have independently evolved a trunk and branches as a way to tower above other plants to compete for sunlight. Trees tend to be long-lived, some reaching several thousand years old. Trees have been in existence for 370 million years. It is estimated that there are some three trillion mature trees in the world. 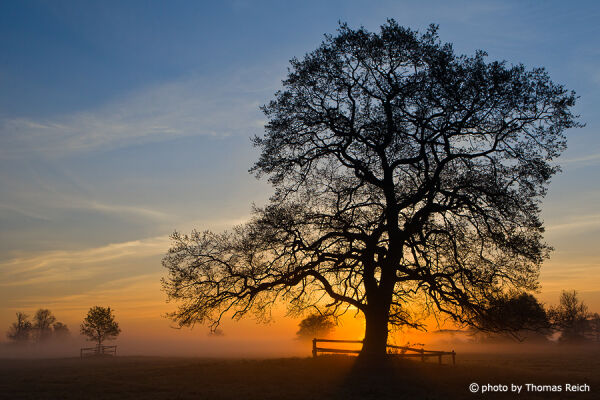 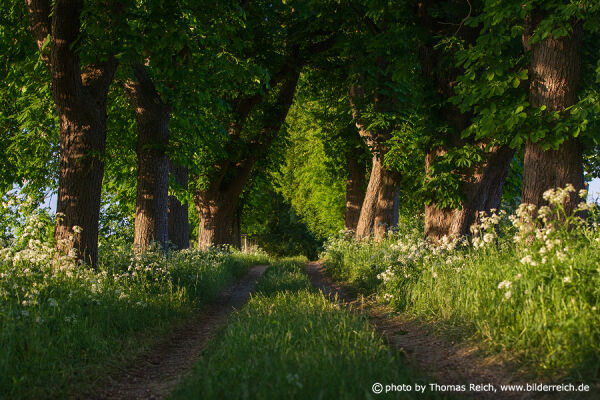 A tree typically has many secondary branches supported clear of the ground by the trunk. This trunk typically contains woody tissue for strength, and vascular tissue to carry materials from one part of the tree to another. For most trees it is surrounded by a layer of bark which serves as a protective barrier. Below the ground, the roots branch and spread out widely; they serve to anchor the tree and extract moisture and nutrients from the soil. Above ground, the branches divide into smaller branches and shoots. The shoots typically bear leaves, which capture light energy and convert it into sugars by photosynthesis, providing the food for the tree's growth and development.

Trees usually reproduce using seeds. Flowers and fruit may be present, but some trees, such as conifers, instead have pollen cones and seed cones. Palms, bananas, and bamboos also produce seeds, but tree ferns produce spores instead.

Trees play a significant role in reducing erosion and moderating the climate. They remove carbon dioxide from the atmosphere and store large quantities of carbon in their tissues. Trees and forests provide a habitat for many species of animals and plants. Tropical rainforests are among the most biodiverse habitats in the world. Trees provide shade and shelter, timber for construction, fuel for cooking and heating, and fruit for food as well as having many other uses. In parts of the world, forests are shrinking as trees are cleared to increase the amount of land available for agriculture. Because of their longevity and usefulness, trees have always been revered, with sacred groves in various cultures, and they play a role in many of the world's mythologies.
Although "tree" is a term of common parlance, there is no universally recognised precise definition of what a tree is, either botanically or in common language. In its broadest sense, a tree is any plant with the general form of an elongated stem, or trunk, which supports the photosynthetic leaves or branches at some distance above the ground. Trees are also typically defined by height,[4] with smaller plants from 0.5 to 10 m (1.6 to 32.8 ft) being called shrubs, so the minimum height of a tree is only loosely defined. Large herbaceous plants such as papaya and bananas are trees in this broad sense.

A commonly applied narrower definition is that a tree has a woody trunk formed by secondary growth, meaning that the trunk thickens each year by growing outwards, in addition to the primary upwards growth from the growing tip. Under such a definition, herbaceous plants such as palms, bananas and papayas are not considered trees regardless of their height, growth form or stem girth. Certain monocots may be considered trees under a slightly looser definition; while the Joshua tree, bamboos and palms do not have secondary growth and never produce true wood with growth rings, they may produce "pseudo-wood" by lignifying cells formed by primary growth. Tree species in the genus Dracaena, despite also being monocots, do have secondary growth caused by meristem in their trunk, but it is different from the thickening meristem found in dicotyledonous trees.

Aside from structural definitions, trees are commonly defined by use; for instance, as those plants which yield lumber.
n landscaping, an avenue, or allée, is traditionally a straight path or road with a line of trees or large shrubs running along each side, which is used, as its Latin source venire ("to come") indicates, to emphasize the "coming to," or arrival at a landscape or architectural feature. In most cases, the trees planted in an avenue will be all of the same species or cultivar, so as to give uniform appearance along the full length of the avenue.

The French term allée is used for avenues planted in parks and landscape gardens, as well as boulevards such as the Grande Allée in Quebec City, Canada, and Karl-Marx-Allee in Berlin.

This text is based on the article Tree from the free encyclopedia Wikipedia and is licensed under the Creative Commons CC-BY-SA 3.0 Unported (short version). A list of the authors is available on Wikipedia.