Stock Photos
The crowned lapwing (Vanellus coronatus), or crowned plover, is a bird of the lapwing subfamily that occurs contiguously from the Red Sea coast of Somalia to southern and southwestern Africa. It is an adaptable and numerous species, with bold and noisy habits. It is related to the more localized black-winged and Senegal lapwings, with which it shares some plumage characteristics.

The crowned lapwing is easily recognized by its combination of brown and white colours, with most tellingly, a black crown intersected by an annular white halo.

Males measure on average 3% larger than females. Juveniles are dull versions of adults, vermiculated on the wings and mantle, the legs yellowy rather than red and the bill lacking the red base. 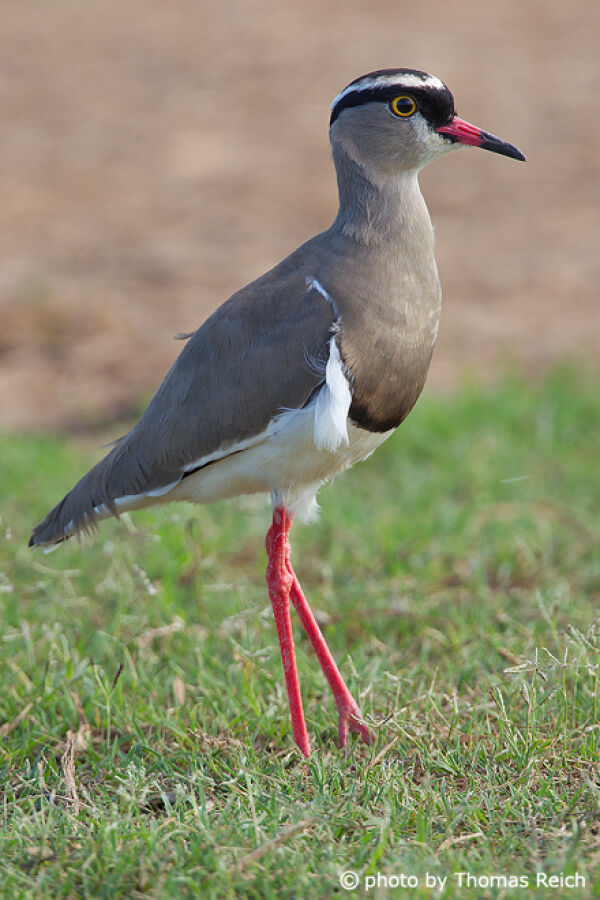 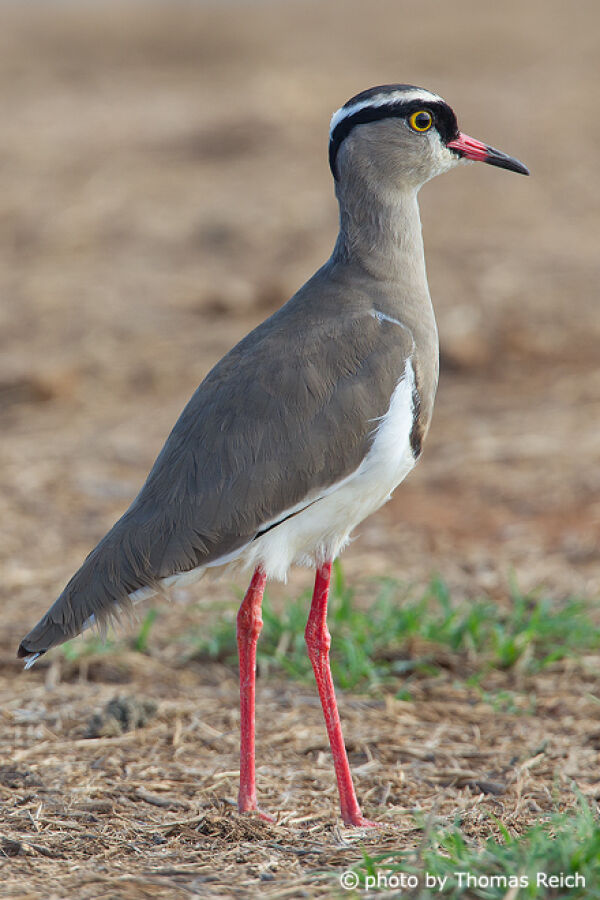 Adults are noisy and conspicuous.

Crowned lapwings prefer short, dry grassland which may be overgrazed or burnt, but avoid mountains. In higher-rainfall areas such as parts of Zambia and Zimbabwe, they occur mainly as dry-season visitors. In dry regions of northern Botswana, however, they are attracted in large numbers when good rainfall occurs. In southern Africa their highest concentrations are to be found in the dry central Kalahari region.

Although generally outnumbered by blacksmith lapwings, they are the most widespread and locally the most numerous lapwing species in their area of distribution. Their numbers have increased in the latter part of the 20th century after benefiting from a range of human activities. They live up to 20 years.

Their diet consists of a variety of insects, but termites form an important component.

Crowned lapwings and the more localized black-winged lapwings sometimes associate and do not show mutual aggression, even within breeding territories. Different crowned lapwing males do however posture aggressively when nesting territories are established. The loser in an encounter assumes a special posture to signal his defeat.

Bare-part colours of males brighten in the breeding season. Different types of display flights lure the female to the defended territory. A female accepting the male and territory will follow the male during his display flight. Mates may be retained for life. Egg-laying is timed to precede the rainy season and most incubating is done by the female. The male assists only on hot days, when he either incubates or shades the nest.

This text is based on the article Crowned lapwing from the free encyclopedia Wikipedia and is licensed under the Creative Commons CC-BY-SA 3.0 Unported (short version). A list of the authors is available on Wikipedia.