Stock Photos
Slovenia (/sloʊˈviːniə, slə-/ (About this soundlisten) sloh-VEE-nee-ə; Slovene: Slovenija [slɔˈʋèːnija]), officially the Republic of Slovenia (Slovene: About this soundRepublika Slovenija (help·info), abbr.: RS), is a country located in Central Europe at the crossroads of main European cultural and trade routes. It is bordered by Italy to the west, Austria to the north, Hungary to the northeast, Croatia to the southeast, and the Adriatic Sea to the southwest. Slovenia covers 20,271 square kilometers (7,827 sq mi) and has a population of 2.095 million. One of the successor states of the former Yugoslavia, Slovenia is now a parliamentary republic[19] and member nation of the European Union, United Nations, and NATO. The capital and largest city is Ljubljana. 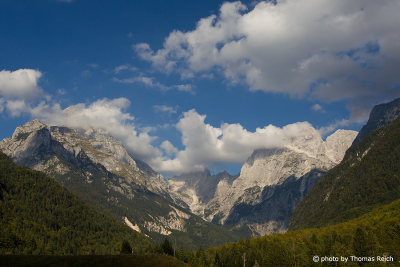 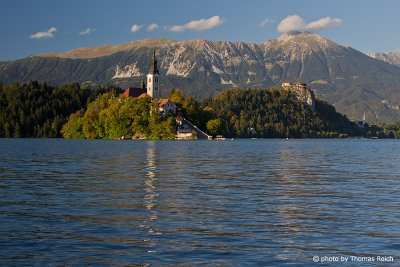 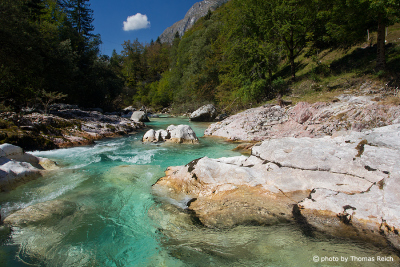 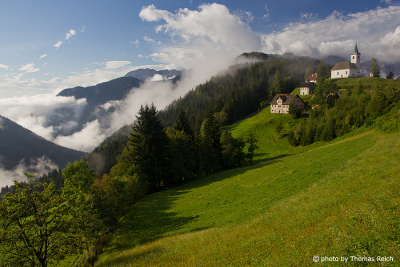 Slovenia has a mostly mountainous terrain with a mainly continental climate, with the exception of the Slovene Littoral, which has a sub-Mediterranean climate, and of the Julian Alps in the northwest, which have an Alpine climate. Additionally, the Dinaric Alps and the Pannonian Plain meet on the territory of Slovenia. The country, marked by significant biological diversity, is one of the most water-rich in Europe, with a dense river network, a rich aquifer system, and significant karst underground watercourses. Over half of the territory is covered by forest. The human settlement of Slovenia is dispersed and uneven.
Slovenia is situated in Central and Southeastern Europe touching the Alps and bordering the Mediterranean. It lies between latitudes 45° and 47° N, and longitudes 13° and 17° E. The 15th meridian east almost corresponds to the middle line of the country in the direction west–east. The Geometrical Center of the Republic of Slovenia is located at coordinates 46°07'11.8" N and 14°48'55.2" E. It lies in Slivna in the Municipality of Litija. Slovenia's highest peak is Triglav (2,864 m or 9,396 ft); the country's average height above sea level is 557 m (1,827 ft).

Four major European geographic regions meet in Slovenia: the Alps, the Dinarides, the Pannonian Plain, and the Mediterranean. Although on the shore of the Adriatic Sea near the Mediterranean Sea, most of Slovenia is in the Black Sea drainage basin. The Alps—including the Julian Alps, the Kamnik-Savinja Alps and the Karawank chain, as well as the Pohorje massif—dominate Northern Slovenia along its long border with Austria. Slovenia's Adriatic coastline stretches approximately 47 kilometres (29 mi) from Italy to Croatia.

The term "Karst topography" refers to that of southwestern Slovenia's Karst Plateau, a limestone region of underground rivers, gorges, and caves, between Ljubljana and the Mediterranean sea. On the Pannonian plain to the East and Northeast, toward the Croatian and Hungarian borders, the landscape is essentially flat. However, most of Slovenia is hilly or mountainous, with around 90% of its land surface 200 m (656 ft) or more above sea level.

Over half of the country (11,823 km2 or 4,565 sq mi) is covered by forests. This makes Slovenia the third most forested country in Europe, after Finland and Sweden. The areas are covered mostly by beech, fir-beech and beech-oak forests and have a relatively high production capacity. Remnants of primeval forests are still to be found, the largest in the Kočevje area. Grassland covers 5,593 km2 (2,159 sq mi) and fields and gardens (954 km2 or 368 sq mi). There are 363 km2 (140 sq mi) of orchards and 216 km2 (83 sq mi) of vineyards.

This text is based on the article Slovenia from the free encyclopedia Wikipedia and is licensed under the Creative Commons CC-BY-SA 3.0 Unported (short version). A list of the authors is available on Wikipedia.