Stock Photos
Yap or Wa′ab traditionally refers to an island group located in the Caroline Islands of the western Pacific Ocean, a part of Yap State. The name "Yap" in recent years has come to also refer to the state within the Federated States of Micronesia, inclusive of the Yap Main Islands and its various outer islands. For specifying the island group, the name Yap Main Islands is most exact. 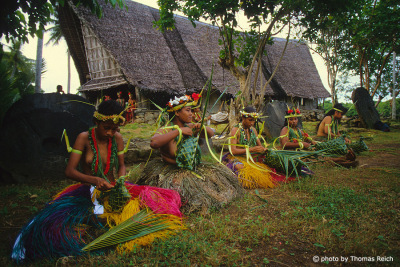 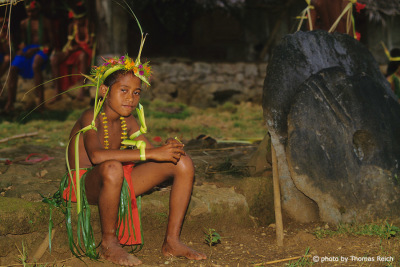 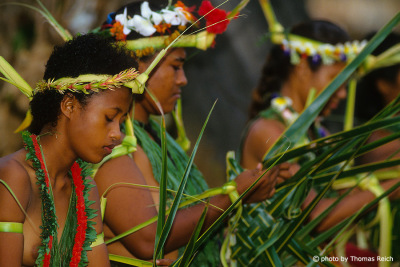 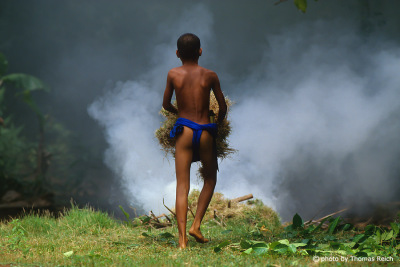 The Yap Main Islands are considered to be made up of four separate islands: Yap Island proper (Marbaq), Gagil-Tamil, Maap (Yapese: Maap′), and Rumung. The four islands are separated by relatively narrow water features, and the islands are surrounded by a common coral reef. They are formed from an uplift of the Philippine Sea Plate, and are referred to as "high" islands as opposed to atolls. The land is mostly rolling hills, densely vegetated. Mangrove swamps line much of the shore, although there are beaches on the northern sides of the islands. Excluding the reef area, the Yap Main Islands are approximately 24 km long, 5–10 km wide, and 98 km2. The highest elevation is 178 m (584 ft) at Mount Taabiywol in Fanif municipality on Yap island proper.
The first recorded sighting of Yap by Europeans came during the Spanish expedition of Álvaro de Saavedra in 1528. Its sighting was also recorded by the Spanish expedition of Ruy López de Villalobos on 26 January 1543, who charted them as Los Arrecifes ("the reefs"). At Yap, the Villalobos' expedition received the same surprising greeting as previously in Fais Island from the local people approaching the ships in canoes: "Buenos días Matelotes!" ("Good day, sailors!") in perfect sixteenth-century Spanish evidencing previous presence of the Spaniards in the area. The original account of this story is included in the report that the Augustinian Fray Jerónimo de Santisteban, travelling with the Villalobos' expedition, wrote for the Viceroy of New Spain, while in Kochi during the voyage home.[5] Yap also appeared in Spanish charts as Los Garbanzos (The Chickpeas in Spanish) and Gran Carolina (Great Caroline in Spanish).

From the 17th century until 1899, Yap was a Spanish colony within the Captaincy General of the Philippines of the Spanish East Indies. The Spanish used Yap Island as a prison for those captured during the Philippine Revolution. After the defeat against the United States in 1898 and subsequent loss of the Philippines, Spain sold these islands and its other minor Pacific possessions to Germany.

Yap was a major German naval communications center before the First World War and an important international hub for cable telegraphy, with spokes branching out to Guam, Shanghai, Rabaul, Naura and Manado (Sulawesi's North coast). It was occupied by Japanese troops in September 1914, and passed to the Japanese Empire under the Versailles Treaty in 1919 as a mandated territory under League of Nations supervision. US commercial rights on the island were secured by a special US-Japanese treaty to that effect, concluded on 11 February 1922.

In World War II, Japanese-held Yap was one of the islands bypassed in the U.S. "island-hopping" strategy, although it was regularly bombed by U.S. ships and aircraft, and Yap-based Japanese bombers did some damage in return. The Japanese garrison comprised 4,423 IJA men under the command of Colonel Daihachi Itoh and 1,494 IJN men.

At the end of World War II, Yap was occupied by the U.S. military victors. The U.S. held it and the rest of the Caroline Islands as a trusteeship under a United Nations mandate (the "Trust Territory of the Pacific Islands") until 1986. In that year, Yap, Truk, Pohnpei, and Kosrae formed the independent nation of the Federated States of Micronesia. Under a Compact of Free Association with the United States, Micronesian citizens and goods are allowed entry into the U.S. with few restrictions.

American Peace Corps has been active in Yap from 1966 to 2018. Other US-based non-profit organizations, including Habele, have an ongoing presence on both Yap proper and its outer islands, aimed at reducing educational disparities and inequalities in access to effective classroom instruction.
The Yapese people's indigenous cultures and traditions are strong compared to other states in Micronesia. Yapese society is based on a highly complex "caste system" involving at least seven tiers of rank. Historically, the caste rank of an entire village could rise or fall in comparison to other villages depending on how it fared in inter-village conflicts. Winning villages would rise in rank as a part of a peace settlement, while losing villages would have to accept a decline in comparative rank.

In many cases lower ranked villages were required to pay tribute to higher ranked villages. Further, dietary taboos might be imposed on lower ranking villages, i.e., they might be prohibited from harvesting and eating the more desirable fish and animals of the sea. Further, within each village each family had its own rank comparative to the others.

Until the arrival of the German colonizers, the caste ranking system was fluid and the ranks of villages and families changed in response to inter-village intrigues and confrontations. In the early twentieth century, however, the German colonial administration pacified Yap and enforced a prohibition against violent conflict. The caste ranking of each village in modern Yap thus remains the same as it was when the system was frozen in place by the Germans. The freeze left the villages of Ngolog, Teb, and Gachpar in the modern-day municipalities of Rull, Tamil, and Gagil respectively, as the highest ranking.

This text is based on the article Yap from the free encyclopedia Wikipedia and is licensed under the Creative Commons CC-BY-SA 3.0 Unported (short version). A list of the authors is available on Wikipedia.